How to Attach Feathers to a Latin Dress

The special thing about ballroom dancing costumes is that they are unique and original, meaning that you will not find two identical dresses. However, because each design is different, you encounter all kinds of problems that you have to solve in order for all the pieces to come together. This was the story with this dress, which was designed by Vibeke Toft. 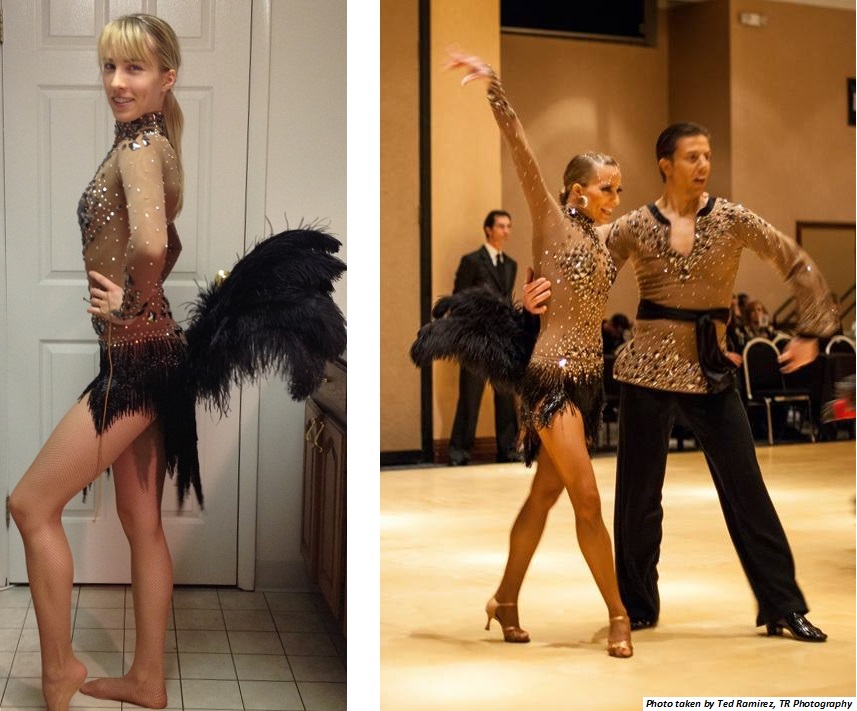 She described how she wanted the feathers to look, but positioning them so that they would stay was easier said than done.

We looked for information on the Internet but found nothing useful. So, here is what we did. 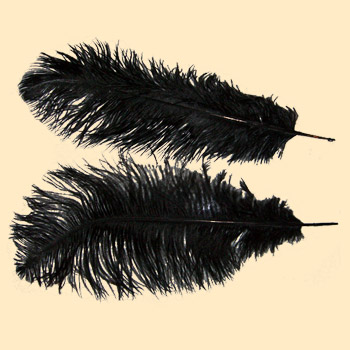 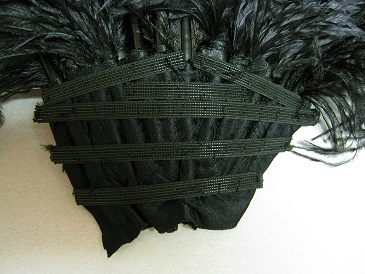 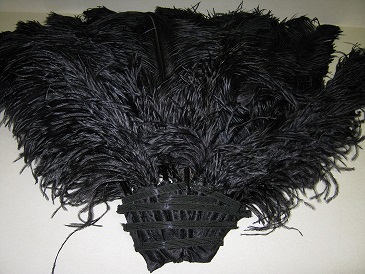 Once we had them grouped together, we needed to figure out how to attach them to the skirt. Again, this wasn’t an easy task because you cannot just sew them on. So, we created a grid out of boning. The photo only shows the horizontal boning, but we added a layer going vertically so that the feathers would not shift. Combining the feathers in this way allowed us to keep them together in one piece. Before we did this, each feather had a life of its own, moving in random directions. 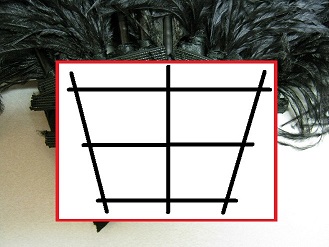 When we started creating this grid, we were not sure whether it was going to be strong enough to withstand fast turns during Latin dancing, but once we were finished, we were pleased to see that it was definitely strong enough.

Once we finished the grid, it was time to cover the construction. On the outside, we simply covered it with one layer of black fabric and rhinestones. 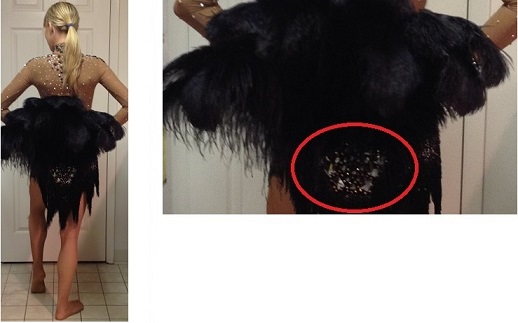 On the inside, we had to cover it with more than just one layer of fabric to make sure it was comfortable to wear. So, we first covered the construction with padding, and then with a lining.

In summary, we were pleased with the finished product, but it was not as easy to make as it first seemed!